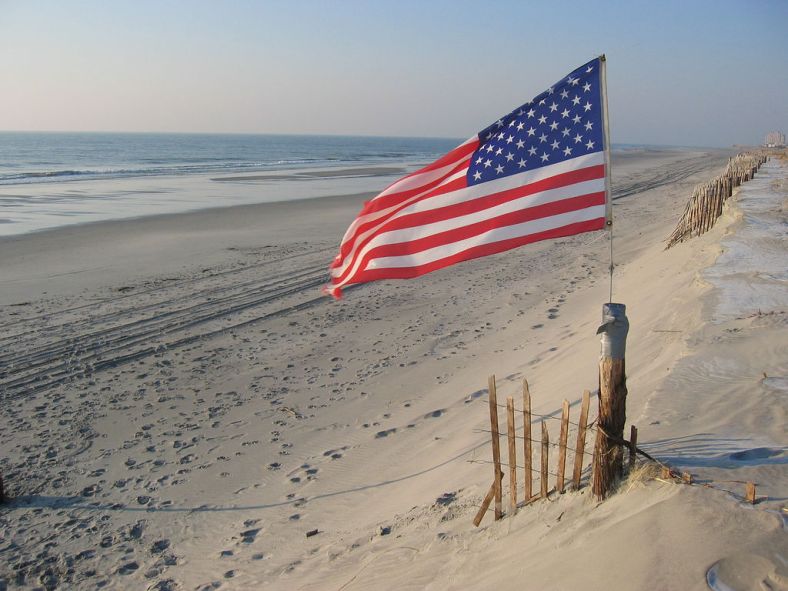 Sometimes the stories behind what we read are as interesting as the books themselves. We now know that the musical Hamilton had its inception when creator Lin-Manuel Miranda picked up a book in an airport on the way to vacation.

Jane Mendelsohn, the author of this week’s Saturday Read, ‘I Was Amelia Earhart’ found her inspiration reading a newspaper article about the aviator while riding a train into New York .

“I didn’t know much about Amelia Earhart, but the idea of her surviving on a desert island, even if only for a little while, appealed to me, sang to me, waved furiously to me from a great distance. Perhaps this was because I felt at the time as if I were flying hopelessly around the world and searching for land, longing for one of those islands of stability some of us keep looking for in our 20s, a braceleted wrist held up to the face, hand shielding our eyes from the harsh sun of adulthood, not realizing that we will have to build that island for ourselves. Whatever the reason, I was certainly not the first person to be fascinated by Earhart’s disappearance. Nor the last.”

Where will you find inspiration this holiday weekend?

On this 79th anniversary of Earhart’s disappearance, go back in time as newspapers around the world reported the news:

“Coast Guard headquarters was advised tonight that Amelia Earhart was believed to have alighted on the Pacific Ocean near Howland Island shortly after 5 P.M. Eastern daylight time today.

A message from the cutter Itasca, stationed in the vicinity of the island in the mid-Pacific, said:

“Earhart unreported at Howland at 7 P.M. [E.D.T.]. Believe down shortly after 5 P.M. Am searching probable area and will continue.”

Author Mendelsohn imagines the other side of story, as Amelia Earhart and navigator Fred Noonan transition from pioneers of the sky, to survivors on a tiny Pacific atoll.

“It went very quickly, those first few days. They got out of the plane, and together looked around and tried to make sense of their surroundings. Then all of a sudden, as if part of the choreography of a dream, they set about performing the necessary rituals of survival.

They check the radio, which picks up nothing, and the fuel tank, which is low but not empty, and they confirm their worst suspicions – that they have no idea where they are…They build a fire on the beach to attract attention. They know that a search will have already begun.”

It’s not too long before Earhart spots a plane.

“In the morning I see a speck appear on the horizon, a black spot the size of an insect.

The point of blackness, which at first appears to be nothing more than a gnat, keeps coming closer, heading directly toward the island, and I tell myself that it must be a figment of my imagination. But after two minutes, it assumes the form of a plane to such perfection that I need a moment to recognize what it is…At first I take off my scarf and gesticulate furiously, but as the plane appears to lose altitude, I begin to relax and wave it calmly, welcoming it ashore. Everything about this plane conveys purpose and assurance, as if it had been designed solely to rescue us. I find the promise of its shape more beautiful than anything I have ever seen, but strangely lost to me, although I don’t understand why until it comes closer and I am able to determine that despite my wish it is not coming toward the island at all. It looked as if it were heading directly at me, but as I watch it grow larger I see it pass overhead, high above, too far to see me as I desperately shake my scarf. It circles once – for an instant I image that it is heading toward the water and I think I can make out black pontoons for landing – and then it makes a wide turn, points back to the mysterious place from whence it has come, and flies away. It hasn’t seen me at all.”

The mystery of Earhart’s disappearance continues to arouse interest as researchers continue to search for a remnant of the missing plane. Mendelsohn’s narrative offers the reader an alternative history, employing beautiful prose to recreate a time when “Planes used to be vehicles for dreaming…As soon as you saw a plane, you started dreaming. It was a thrill just to catch a glimpse of one. “

In 2012 Jane Mendelsohn revisited the subject of her 1996 novel in an Op-Ed for The New York Times.

“We still wonder what happened to Amelia Earhart — perhaps soon we may even find out — but do we know what to do with her? Do we know how to make not just her mysterious disappearance but also her miraculous life relevant and inspiring to our global society? And could she matter across the globe, that ball around which she tried to fly that feels so much smaller today but is in fact exactly the same size it was then?

Historically, one thing America has been good at is offering inspiration. We haven’t been doing a brilliant job of it lately, but in Amelia Earhart we have something, someone, to offer the 21st century: a heroine. She was a leader, not a passive bystander. She was strong, not a victim. And she was not born into a rich family, as were many other women pilots of her day, but was lifted up by her own accomplishments. In other words, she gives us good shoes to fill.”

On this weekend, when we celebrate our nation’s independence, read ‘I Was Amelia Earhart’ and discover why her life still inspires.

“Amelia Earhart can be a beacon for our country and for women and men around the globe because everyone, each of us, needs to be “aware of the hazards” and accept “the inevitable risks.”… Earhart’s mystery endures because of who she was as a person, the pilot of her own destiny, mistakes, failures and dreams, reachable and unreachable. She still beckons.”

On July 2nd, 1937 aviator Amelia Earhart was attempting to be the first woman to circumnavigate the globe. She and her navigator, Fred Noonan had completed 22,000 miles of a 29,000 mile journey when transmission was lost. Ten ships, 3,000 men and 100 aircraft searched for the missing plane. The disappearance remains a mystery and has generated multiple conspiracy theories and continuing efforts by private organizations to discover the wreckage.

Earhart had become an early twentieth century role model for women. Her final note to her husband acknowledged the danger as well as her feminism.

“Please know I am quite aware of the hazards of the trip. Women must try to do things as men have tried. When they fail, their failure must be but a challenge to others.”

The Friday Poem by Rachel Richardson captures an imagined ‘transmission’ from the final moments of that flight.

There was a girl who heard it happen:
Amelia Earhart calling
on the radio, she and her navigator
alternately cursing and defining their position
by latitude, as best they could read it
in the bellowing wind, and by what
they could surmise of their rate per hour,
last land they’d seen. Stay with me, someone,
and the girl wrote each word
in her composition book, kept the channel
tuned, hunched to the receiver
when static overtook the line.
Why do I think of her?
The coast guard laughed at her father
holding out the schoolgirl scrawl
and sent him home ashamed. A lost woman
is a lost woman, he told her, and the sea
is dark and wide.