In 1964 Bill Bradley was a senior at Princeton University, and a star player on the basketball team. John McPhee was just beginning his career as a writer. In a moment to make networking history, McPhee’s dad, the athletic department physician, suggested John visit campus and profile the Ivy League phenom.

The Saturday Read this week is ‘A Sense of Where You Are’, the original New Yorker article, published in the January 23, 1965 issue. 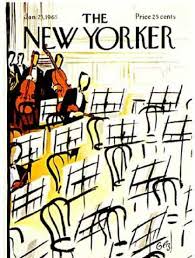 As the NCAA tournament narrows the field from 64 to 16 this weekend, let John McPhee be  your ‘throwback Saturday’ guide to Princeton University in the fall of 1964.

“The basketball locker room in the gymnasium at Princeton has no blackboard, no water fountain, and, in fact, no lockers. Up on the main floor, things go along in the same vein. Collapsible grandstands pull out of the walls and crowd up to the edge of the court. Jolly alumni sometimes wander in just before a game begins, sit down on the players’ bench, and are permitted to stay there. The players themselves are a little slow getting started each year, because if they try to do some practicing on their own during the autumn they find the gymnasium full of graduate students who know their rights and won’t move over. When a fellow does get some action, it can be dangerous. The gym is so poorly designed that a scrimmaging player can be knocked down one of two flights of concrete stairs. It hardly seems possible, but at the moment this scandalous milieu includes William Warren Bradley, who is the best amateur basketball player in the United States and among the best players, amateur or professional, in the history of the sport.”

McPhee introduces us to Bradley, his work ethic, and a time when basketball competition provided “a real period of relief from the academic load”.

Stay with me, fellow time traveller. This is not fiction. This is the future Pulitzer Prize winner, and pioneer of creative non-fiction, John McPhee, painting a picture of college life and basketball in the early 1960s.

In September of his senior year, Bradley competed on the U.S. Olympic basketball team in Tokyo, defeating Russia for the gold medal. In December, he was elected a Rhodes Scholar. He opted out of an opportunity to play for the NY Knicks to study at Oxford.

“Bradley says that when he was seventeen he came to realize that life was much longer than a few winters of basketball. He is quite serious in his application to the game, but he has wider interests and, particularly, bigger ambitions.”

“Fifty years earlier, McPhee had good reason to be at the Palestra for a basketball game, and for looking more than simply interested. He was covering an N.C.A.A. tournament game between Princeton and Penn State. Princeton won and then, at College Park, Md., defeated North Carolina State (whose zone press had just handled Duke) and Providence to advance to the Final Four in Portland, Ore. There, it lost to Michigan and, in the consolation game, devastated Wichita State, 118-82.”

The profile, which was later expanded into a book of the same title, provides a tutorial on basketball, and the life of one true ‘student-athlete’, as he balances his academics, sport, and community involvement. 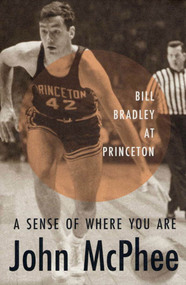 “I asked him what he called his over-the-shoulder shot. He said that he had never heard a name for it, but that he had seen Oscar Robertson, of the Cincinnati Royals, and Jerry West, of the Los Angeles Lakers, do it, and had worked it out for himself. He went on to say that it is a much simpler shot than it appears to be, and, to illustrate, he tossed a ball over his shoulder and into the basket while he was talking and looking me in the eye. I retrieved the ball and handed it back to him. “When you have played basketball for a while, you don’t need to look at the basket when you are in close like this,” he said, throwing it over his shoulder again and right through the hoop. “You develop a sense of where you are.”

In 1964 his classmates predicted Bradley might run for governor in his home state of Missouri, and one day run for president.

With Bradley off to Oxford, McPhee closed his profile with this sentence.

“And like Hank Luisetti, of Stanford, who never played professional basketball, he will have the almost unique distinction of taking only the name of his college with him into the chronicles of the sport.”

That was not the end of the story.

Bradley returned after earning a masters degree at Oxford to play ten seasons with the NY Knicks, and was inducted into the Basketball Hall of Fame in 1983. He served as the U.S. Senator from New Jersey (not Missouri) from 1979-1997. And he ran for president in 2000.

In the 2015, NY Times article,“Bradley explained what the book’s title means to him”.

“You have a sense of where you are in life,” he said. “You don’t get carried away. You know who you are. You understand the environment, the context in which you’re living, and you make decisions based upon the centeredness.”

He added, “You’re also always working on who you are.”