As the economy continues to improve, and include workers who had given up, playwrights are staging works that reflect the continued struggle and inequity in the workplace. This week@work we celebrate Apple@40, take a look at ‘job crafting’ as a way to reimagine work and pose a few interview questions.

“Companies have been hiring in recent months at a pace not seen before in this century. Wages are rising faster than inflation. Joblessness is hovering near the low levels last reached in 2007 before the economy’s downturn.

And perhaps most significantly, the army of unemployed people who gave up and dropped out of the job market is not only looking for work, but actually finding it.

“Wages and participation are where the rubber meets the road,” said Michael Gapen, chief United States economist at Barclays. “We will take our cue about the overall strength of the economy based on that.”

At the same time, the chasm widens between the average worker, still trying to recover with modest wage gains, and the quantum leaps in compensation for the wealthy.

It’s this divergence that is reflected in several theater productions, under the heading ‘Haves and have-nots: Putting America’s financial inequality on the stage’. The Economist article reviews ‘The Humans’, ‘Hungry’, ‘Hold On To Me Darling’, ‘The Way West’, ‘Dry Powder’, and ‘Red Speedo’ to illustrate how the economy and work are inspiring a generation of playwrights.

“There is something familiar about the Blakes, the American family at the centre of “The Humans”, a new play by Stephen Karam that is now on Broadway. Anyone who has navigated the emotional minefield of a family meal will recognise the affectionate way they bicker, their barbs softened with tenderness. But something else about this family will also resonate with a growing group of Americans: each member is struggling financially.

This conversation resembles countless others across the country, as Americans try to make sense of an economy in which working hard is no longer enough to afford a comfortable life. Parents who assumed that their children would surpass their own accomplishments are now startled to find so many of them sweating over rent and saddled with college debt. What does it take to get ahead? Why does the system create so few haves and so many have- nots?”

This past week marked the 40th anniversary of Apple. In his commencement speech to the Stanford class of 2005, co-founder Steve Jobs recalled the journey from start-up to his firing by the Board of Directors. 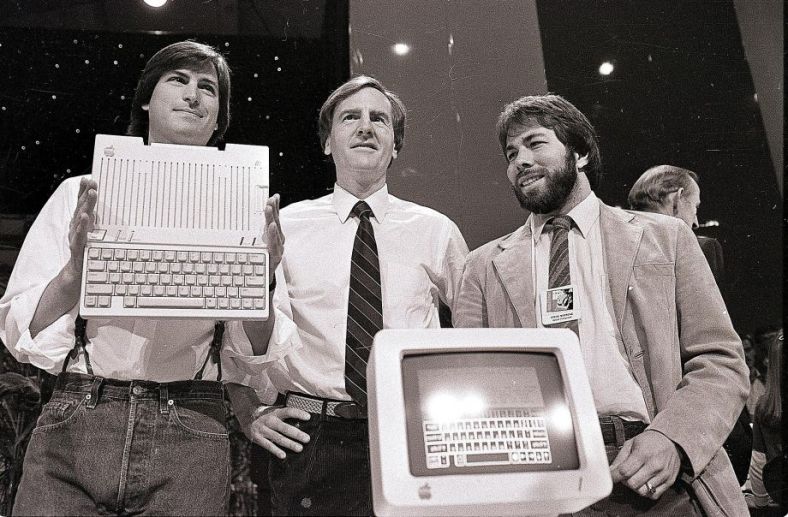 “I was lucky — I found what I loved to do early in life. Woz and I started Apple in my parents’ garage when I was 20. We worked hard, and in 10 years Apple had grown from just the two of us in a garage into a $2 billion company with over 4,000 employees. We had just released our finest creation — the Macintosh — a year earlier, and I had just turned 30. And then I got fired. How can you get fired from a company you started? Well, as Apple grew we hired someone who I thought was very talented to run the company with me, and for the first year or so things went well. But then our visions of the future began to diverge and eventually we had a falling out. When we did, our Board of Directors sided with him. So at 30 I was out. And very publicly out. What had been the focus of my entire adult life was gone, and it was devastating.

We know the rest of the story. Jobs returned to Apple in 1997. David Pierce and Michael Calore identify ‘Fifteen Products That Defined Apple’s First 40 Years’.

“If you want to understand the iPhone’s importance to Apple, just look at its earnings. But it’s not just that: Without it, our phones might still look like BlackBerries. We might never have learned to pinch to zoom. We might all carry point-and-shoots. It’s almost impossible to overstate the revolution the iPhone started in 2007, which has touched and connected billions of people around the world.” 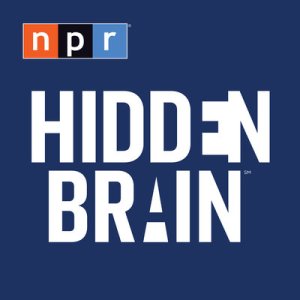 If you prefer to digest ideas via podcast, add NPR’s Hidden Brain to your subscription list. Last week’s installment featured host Shankar Vedanta in conversation with Yale’s Amy Wrzesniewski on finding meaning in our work.

“Why do you work? Are you just in it for the money or do you do it for a greater purpose? Popular wisdom says your answer depends on what your job is. But psychologist Amy Wrzesniewski at Yale University finds it may have more to do with how we think about our work. Across groups such as secretaries and custodians and computer programmers, Wrzesniewski finds people about equally split in whether they say they have a “job,” a “career” or a “calling.”

According to Wrzesniewski’s research “people who see work as a calling are more satisfied, engaged, and better performers”. These are folks who “go beyond notice” to craft the boundaries of their job to make work more meaningful.

The last story from this week@work is about interview questions. File it under the query, ‘What was the oddest question you were asked in an interview?’, from recruiting site, glassdoor.com.

“What would the name of your debut album be?” (Urban Outfitters)

“What would you do if you found a penguin in your freezer?” (Trader Joe’s)

And here’s one that we should all be prepared to answer.

“If you were a brand, what would be your motto?” (BCG)

Think about it, and have a great week@work.