The workplace is changing, and politicians are beginning to recognize the impact of the shift on long term policy planning. This week@work a ‘think tank’ fellow considered the possibility of good lives without good jobs, a professor found leadership is not a continuum, Yahoo announced 500 million users accounts were hacked, and Irish universities missed the top tier of international schools for the first time, generating a debate on the value of global rankings.

Writing in The New York Times Sunday Review he asked, ‘Can You Have a Good Life if You Don’t Have a Good Job?’

“…the political problem remains. Even if center-left and center-right policy wonks agree that the goal should be good lives for all workers, even those with bad jobs, many Americans do not agree, to judge from the rhetoric of politicians, who know their audiences well. The replacement of a world in which one or a few lifetime jobs in a paternalistic company that provided benefits during your working life and a pension after your retirement by a future in which individuals struggle to survive by piecing together “gigs” and “tasks” with a bewildering variety of federal, state and local social programs may strike many workers as a dystopian nightmare. The price of increased flexibility may be increased stress.

The unelected policy experts who envision a future of multiple job types and a greater, if hidden, role for government in maintaining minimum incomes and providing health and retirement benefits are essentially right. The elements of a “good job” — adequate income, health insurance and retirement benefits — that were once combined in the package that a Detroit automobile manufacturer provided to a unionized male steelworker in 1950 are likely to be provided, for most American workers now, by some combination of employer and government.

Until most American workers are persuaded that they will not be worse off in a system characterized by flexible work arrangements and partly socialized benefits, they may continue to make unrealistic demands that 21st century politicians restore something like the occupational structure of the 20th century.”

Which of the folks vying for U.S. President will have the courage to deliver this message? It may depend on their leadership style. Professor James R. Bailey of George Washington University’s School of Business examined ‘The Difference Between Good Leaders and Great Ones’ for HBR digital. 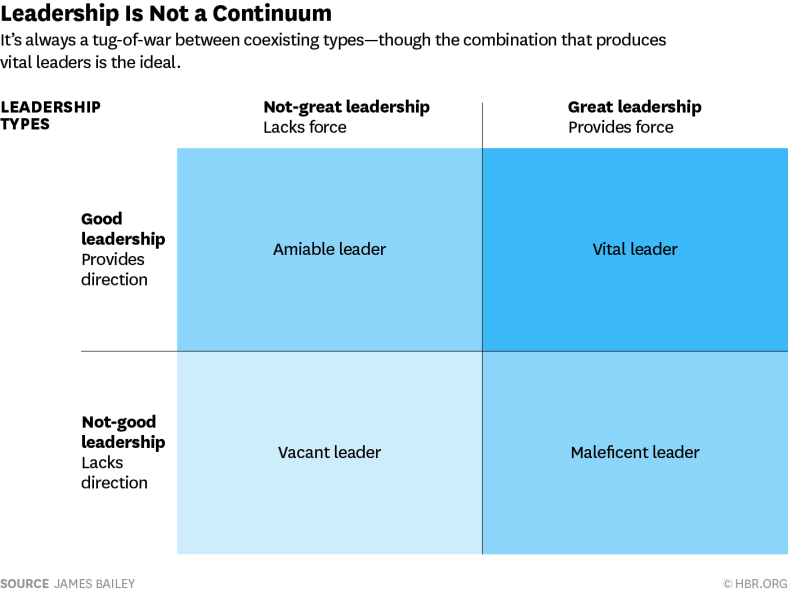 “That anyone can develop as a leader is not in question. What I dispute is the stubborn resolve that great and good are points along the same stream. That just isn’t so. Great leadership and good leadership have distinctly different characteristics and paths. Leadership is not one-dimensional. It can be great and good, or one but not the other, or neither.

The tug between great and good leadership is one of perpetual and dynamic coexistence. There is great — a force that is often inexplicable, occasionally irrational, and, importantly, intermittently ungovernable. Then there is good — a direction that is north-star true, providing the point of values of mutual benefit.

It’s natural to think of leadership as running from one end to the other. To do so, though, is to mistake what great and good leadership are. They’re fundamentally different. Separating them, thus upending the ever-convenient continuum, seems counterintuitive. But it’s absolutely necessary for understanding the very elements that explain leadership’s operation and impact. Great can be vital but destructive; good can be compassionate but impotent. The coexistence of the two is the best hope for leadership — without good we should fear.”

Switching gears, to privacy – it came as no surprise when Yahoo announced a massive data breach. Kara Swisher reported for recode in advance of the public disclosure. 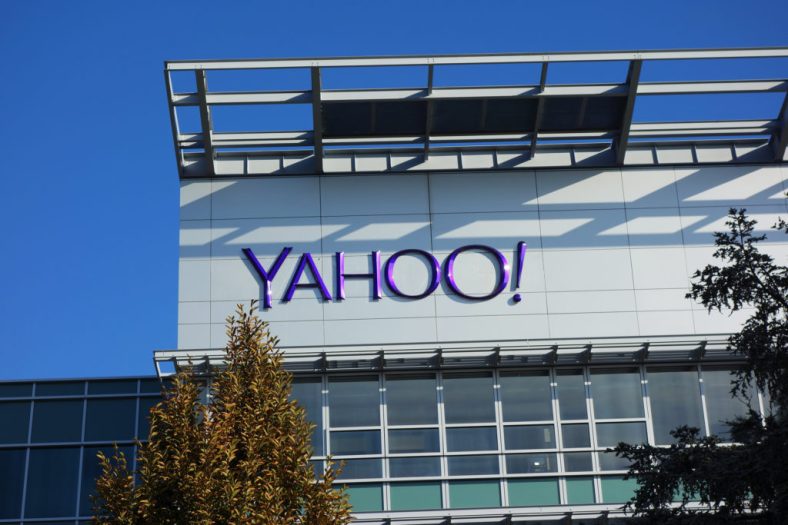 “Earlier this summer, Yahoo said it was investigating a data breach in which hackers claimed to have access to 200 million user accounts and one was selling them online. “It’s as bad as that,” said one source. “Worse, really.”

…this hack, said sources, which became known in August when an infamous cybercriminal named “Peace” claimed on a website that he was selling credentials of 200 million Yahoo users from 2012 on the dark web for just over $1,800. The data allegedly included user names, easily decrypted passwords and personal information like birth dates and other email addresses.

At the time, Yahoo said it was “aware of the claim,” but the company declined to say if it was legitimate and said that it was investigating the information. But it did not issue a call for a password reset to users. Now, said sources, Yahoo might have to, although it will be a case of too little, too late.”

Over 500 million accounts have been reported hacked…about that earlier article on good/great leadership and “another blemish on the record of CEO Marissa Mayer”.

On campus, this week@work, university presidents and deans awaited the verdict of the annual ‘World University Rankings’. 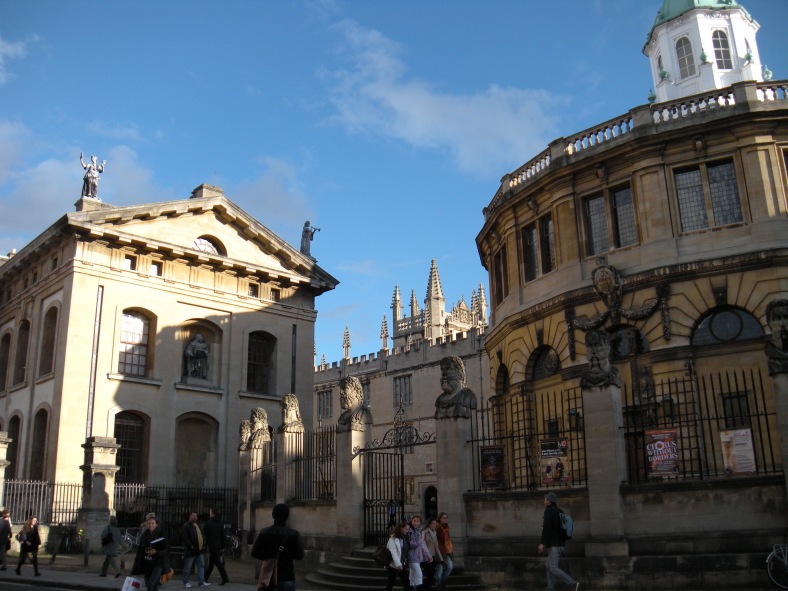 Grainne Loughran reported on the implications of the new rankings for The Irish Times.

“Another week, another set of university rankings as the Times Higher Education releases it league table. It follows others recently published by Quacquarelli Symonds (QS) and the Academic Ranking of World Universities (Shanghai).

The organisations may differ, but the pattern is broadly the same: Ireland’s best higher education institutions are in free-fall.

The decline in rankings has been alarming university presidents for the past six years. But while rankings are of significant reputational importance worldwide, they only take into account a tiny proportion of the picture of how universities stand.

Lack of understanding of what they actually measure has resulted in the rankings gaining an unwarranted notoriety and position to influence policy, with the potential to harm higher education institutions in Ireland and worldwide.

There are about 20 global rankings of higher education. All have varying methodologies and in some cases give vastly different weightings to the factors they have in common.”

This week@work also marked the anniversary of ‘The Death of the Phone Call’. Timothy Noah looked back on a moment in history.

“The phone call died, according to Nielsen, in the autumn of 2007. During the final three months of that year the average monthly number of texts sent on mobile phones (218) exceeded, for the first time in recorded history, the average monthly number of phone calls (213). A frontier had been crossed. The primary purpose of most people’s primary telephones was no longer to engage in audible speech.”

‘Zuckerberg, Chan Start $3 Billion Initiative to Cure Disease’ Sarah Frier for bloomberg.com “Mark Zuckerberg and his wife, Priscilla Chan, are pledging to spend more than $3 billion over the next decade to work on curing diseases.

“Can we work together to cure, prevent or manage all disease within our children’s lifetime?” Chan said Wednesday onstage at an event in San Francisco for the Chan Zuckerberg Initiative. “Mark and I believe that this is possible.”

‘How Tech Companies Disrupted Silicon Valley’s Restaurant Scene’ Nicole Perlroth for The New York Times “All told, more than 70,000 square feet of Palo Alto retail and restaurant space were lost to office space from 2008 to 2015, as the tech bubble drove demand for commercial space downtown.

It is a story playing out across Silicon Valley, where restaurateurs say that staying afloat is a daily battle with rising rents, high local fees and acute labor shortages. And tech behemoths like Apple, Facebook and Google are hiring away their best line cooks, dishwashers and servers with wages, benefits and perks that restaurant owners simply cannot match.

Silicon Valley technologists love to explain how they have disrupted the minutiae of daily life, from our commutes to the ways we share family photos. But along the way, they have also managed to disrupt their local restaurant industry.”