The workplace took center stage in the global news of 2017. This was the year of the journalist, women@work, side-hustles and maintaining focus. It was also the year that we, as a society questioned expertise.

“How do we measure ‘fulfillment’ in work, and where do we find it when the traditional channels have given way to a round-the-clock hustle?”
Meghan Daum (9/15 NYT Book Review)

It was a year of constant distraction, disruption and fake news. The workplace became a refuge, and activism an essential ‘after hours’ pursuit. Low unemployment rates held, while wages stagnated. The income inequality gap widened.

An overheard conversation on the street this week: “I haven’t had a day off since September 1, with the three jobs I’ve been juggling.” This is the new American workplace.

The year@work was the year of the journalist. Although many were bullied and threatened, the coverage of workplace issues was stellar. For this year in review, I recommend some of the best writing of the year, suggest a book from the new genre ‘UpLit’ and share a few random thoughts.

Women@work
On a cool Saturday morning in January we headed downtown to join a protest march. The plan had been to park the car and take the light rail. There were no parking spaces. There are always parking spaces. Something was different.

What was different was this wasn’t a march, it was a ‘standing in place’ because there were too many people and nowhere to go. In downtown LA the crowd was a mosaic of SoCal demographics. It wasn’t a ‘woman’s march’, it was a ‘families march’ in support of women. I think that may be the one thing the press missed this year.

At the time many were skeptical.  The Los Angeles Times reported: “New protest era may be emerging, but sustaining unity could prove difficult.”

Yes, it has been difficult, but subsequent elections on local, state and federal levels demonstrated an ongoing commitment to civic engagement. The gig economy has a new ‘side-hustle’ and it’s called involvement.

On February 19, former Uber employee, Susan Fowler posted a blog about her experience as a software engineer. “It’s a strange, fascinating, and slightly horrifying story that deserves to be told while it is still fresh in my mind, so here we go…”

On December 11, Ms. Fowler was named the Financial Times’ Person of the Year.
“Women have been speaking up for many, many years, but were very rarely believed, and there were almost never any real consequences for offenders,” Ms Fowler told the Financial Times. “This year, that completely changed.”

Two other stories of note broadened the narrative of women@work in Silicon Valley:
‘The Ellen Pao Effect Is What Happens After Lean In’Jessi Hempel for Wired, September 20, 2017
‘Why is Silicon Valley So Awful to Women?’Liza Mundy for The Atlantic, April 2017

On October 5 the first major story on workplace harassment in Hollywood was reported in The New York Times.  Since then, some of the best journalists have both reported and reflected on the relationship between men, power and women@work. 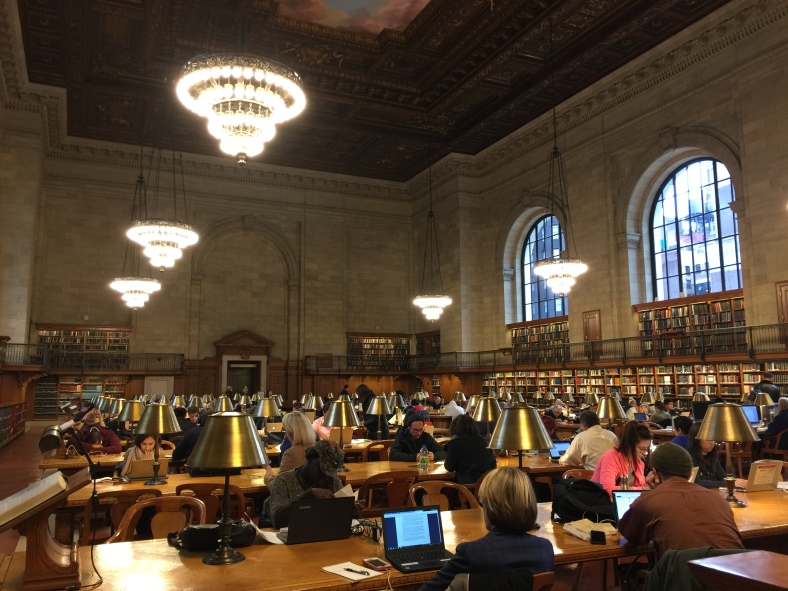 The questioning of expertise

At work, you know the value of the expertise you bring to your organization. You may be a generalist, a specialist or a combination. You bear the scars and carry the laurels of hard won achievement, and you are compensated for your talent. Colleagues ‘pick your brain’ to complement their own skill set. Customers rely on your advice.

That’s why ‘How America Lost Faith in Expertise’ by Tom Nichols is required reading.

“I fear we are moving beyond a natural skepticism regarding expert claims to the death of the ideal of expertise itself: a Google-fueled, Wikipedia-based, blog-sodden collapse of any division between professionals and laypeople, teachers and students, knowers and wonderers — in other words, between those with achievement in an area and those with none.

A modern society cannot function without a social division of labor. No one is an expert on everything. We prosper because we specialize, developing formal and informal mechanisms and practices that allow us to trust one another in those specializations and gain the collective benefit of our individual expertise…The relationship between expert and citizens rests on a foundation of mutual respect and trust.”

The world of work has changed. We’re not going to time-travel back to a magical place where work fit neatly into single employer; 9-5, five-day a week increments. Whatever you choose to label the current paradigm, it’s a patchwork of assignments, for a variety of employers: some resulting in valuable skill development and others providing the means to an end. And it’s exhausting.

Jia Tolentino examined the consequences of our new work/life for the New Yorker.
‘The Gig Economy Celebrates Working Yourself to Death’ March 22, 2017. “It does require a fairly dystopian strain of doublethink for a company to celebrate how hard and how constantly its employees must work to make a living, given that these companies are themselves setting the terms. And yet this type of faux-inspirational tale has been appearing more lately, both in corporate advertising and in the news.”

“There’s a painful distance between the chipper narratives surrounding labor and success in America and the lived experience of workers.”

Up lit: A new genre emerges in publishing

In the September article for the NYT Book Review, Meghan Daum reviewed three memoirs.“I’ve always believed some of the best material comes from the workplace…it’s the job site, the place where our skills are honed and our labors converted to currency, that truly defines not just our proficiencies but our element.”

Danuta Kean reported for the Guardian: ‘Up lit: The new book trend with kindness at its core’ “A bruising year dominated by political and economic uncertainty, terrorism and tragedy has, publishers say, kickstarted a new trend they have have branded “up lit”…bookbuyers are seeking out novels and nonfiction that is optimistic rather than feelgood.”

One of her favorites was also mine. ‘Eleanor Oliphant is Completely Fine’ by Gail Honeyman, a perfect example of how fiction can outdistance non-fiction when it comes to our relationship to work and our colleagues. 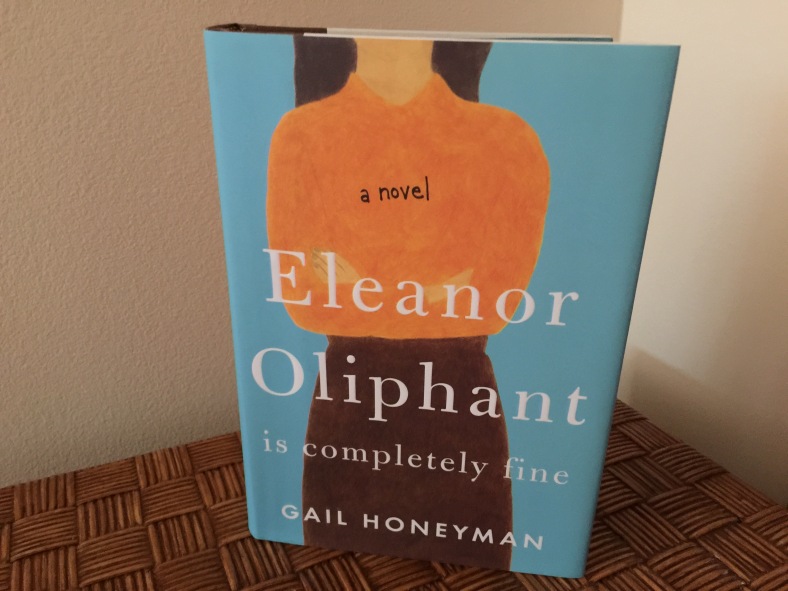 It begins: “When people ask me what I do – taxi drivers, hairdressers – I tell them I work in an office. In almost nine years, no one’s ever asked what kind of office, or what sort of job I do there. I can’t decide whether that’s because I fit perfectly with their idea of what an office worker looks like, or whether people hear the phrase work ‘in an office’ and automatically fill in the blanks themselves – lady doing photocopying, man tapping at a keyboard. I’m not complaining, I’m delighted that I don’t have to get into the fascinating intricacies of accounts receivable with them.”

One other recommendation, looking at work from a different life cycle perspective:
‘Lillian Boxfish Takes A Walk’ by Kathleen Rooney.

“Now I don’t work anymore, and the world is uncomfortable.”

The world is uncomfortable, for many reasons. As 2017 merges into 2018 the question remains for all @work: How will we find fulfillment @work in the new year, amidst a shape-shifting environment where the familiar has been replaced by a round-the-clock hustle? 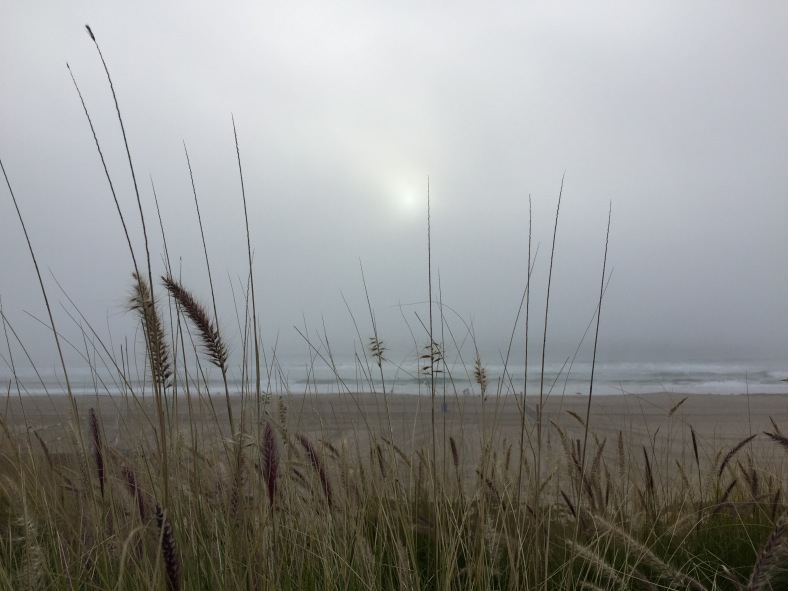