It happened again this week@work: violence@work – another school shooting, this time in Florida. In Los Angeles a new entertainment industry diversity initiative was announced by Ava DuVernay and Mayor Eric Garcetti. And three ‘long reads’ on creative partnerships, Facebook’s identity, and a polar journey.

Violence@work
The students at Marjory Stoneman Douglas high school are grieving for their colleagues and teachers who were murdered in another incident of workplace violence on Valentines Day. Since Wednesday, a remarkable group of student representatives have  given voice to the anger at adults who have failed to keep students safe in their schools. This time, high school students organized @AMarch4OurLives for policy & change vs. thoughts & prayers.

“Every kid in this country now goes to school wondering if this day might be their last. We live in fear.
It doesn’t have to be this way. Change is coming. And it starts now, inspired by and led by the kids who are our hope for the future. Their young voices will be heard.
Stand with us on March 24. Refuse to allow one more needless death.”

It may not be a surprise that this group, from this high school, seized the moment and demanded change. Their school namesake, Marjory Stoneman Douglas, was an author, editor, environmentalist and early advocate for women’s right to vote. 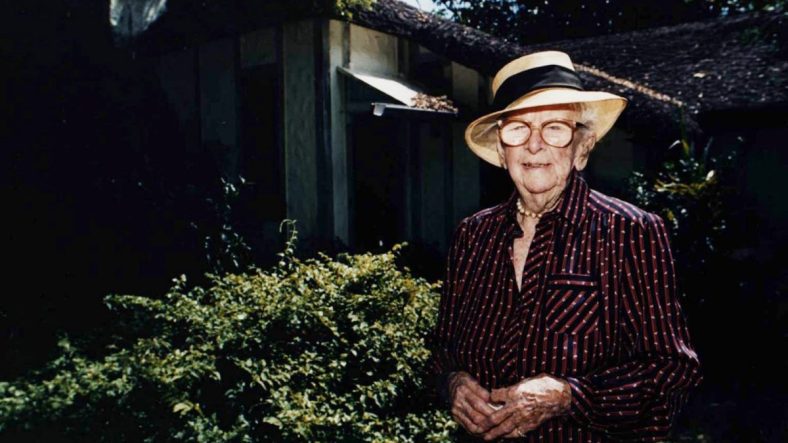 Journalist Mary Schmich interviewed Ms. Douglas. “She was 95 by the time we met, hard of hearing, almost blind and as opinionated as ever.
I’d gone to visit her because finally, after decades of crusading to save the Everglades from being turned into subdivisions and shopping malls, she’d begun to see the fruits of her labors.
She had battled governments, developers, engineers, sugar cane industrialists and the apathy of normal people. She had pushed so hard and for so long that the state had finally committed to preserving one of the world’s great wetlands. We have her to thank for Everglades National Park.
Had she ever been discouraged, I asked?
“What does it matter if I’ve been discouraged or encouraged over the years?” she said, brusquely. “This thing’s got to be done. It’s not a question of how I feel from moment to moment.”

Inclusion@work in Hollywood
Speaking of thing’s got to be done. Los Angeles Mayor Eric Garcetti, filmmaker Ava DuVernay, and producer Dan Lin announced the creation of the Evolve Entertainment Fund to promote inclusion @work in Hollywood. 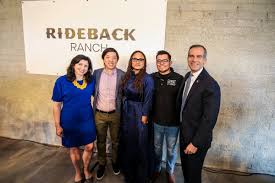 “As we radically reimagine Hollywood, it is critically important that young people are included in our vision,” said DuVernay, founder of Array Entertainment and EEF co-chair. “Real change happens when we take tangible action — and that means giving young women and people of color opportunities in the industry early on, so they have the chance to shape its future.”

‘Wonder Boys’
The next three articles fall into the category of ‘long reads’. The first, from reporter Laura Jacobs recounts the creative partnership of Leonard Bernstein and Jerome Robbins. In 2018 we celebrate the centennial of both the composer and choreographer. 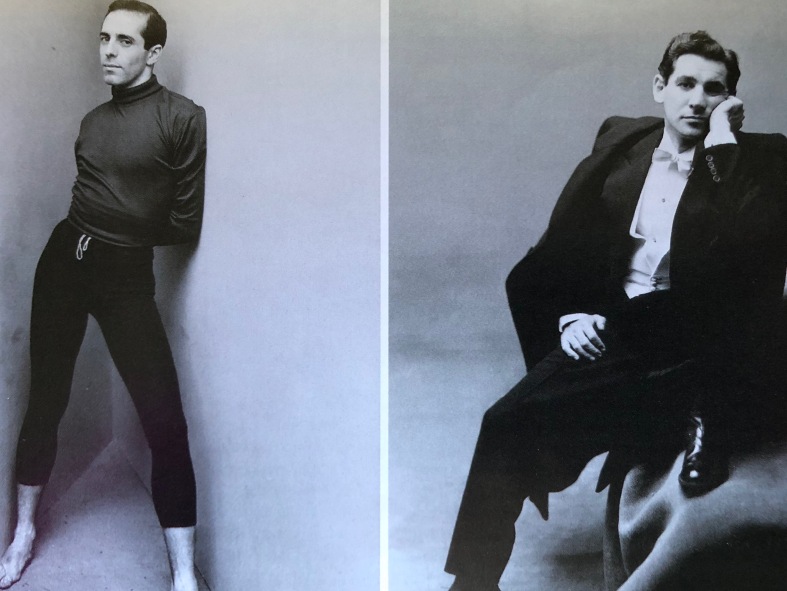 “Both these men were about energy—positive, negative, generative—and while they racked up stunning achievements separately, they were elevated when joined. Put them together in collaboration—in masterpieces such as the joyous ballet Fancy Free, the breakaway musical On the Town, and the electrifying experiment West Side Story—and you had an ongoing theatrical Manhattan Project, work kinetically detonated, irreducibly true, and oh so American.

They met in October of 1943, the beginning of what Bernstein would call “the year of miracles.” Bernstein was living in New York City, marking time as the assistant conductor of the New York Philharmonic, and Robbins was in the classical company Ballet Theatre. Both were hungry for the Big Break, but it was hard to see anything on the horizon. Bernstein’s would come a month later, when on November 14 he took the podium at Carnegie Hall—without rehearsal!—and conducted for the ailing Bruno Walter. This kiss of fate allowed him, in one afternoon, to loosen forever Europe’s grip on the conductor’s baton. His debut made the front page of The New York Times, and the skinny kid, soon dubbed the Sinatra of the concert hall, soared to stardom. Two months later his Symphony No. 1, Jeremiah, was premiered.

Robbins had to make his own luck. Though a dazzling mimic and scene-stealer in character roles, he was tired of dancing courtiers and exotics in the corps. He wanted to choreograph ballets that were immediately American. After inundating company management with over-ambitious ideas for ballets, Robbins finally offered up a timely, simple scenario—three wartime sailors on shore leave in Manhattan. Management bit. All he needed was a score, which took him to Bernstein’s studio in Carnegie Hall.”

When Vision and Reality Collide @Facebook
Next, Nicholas Thompson and Fred Vogelstein take the reader ‘Inside The Two Years That Shook Facebook – And The World’ 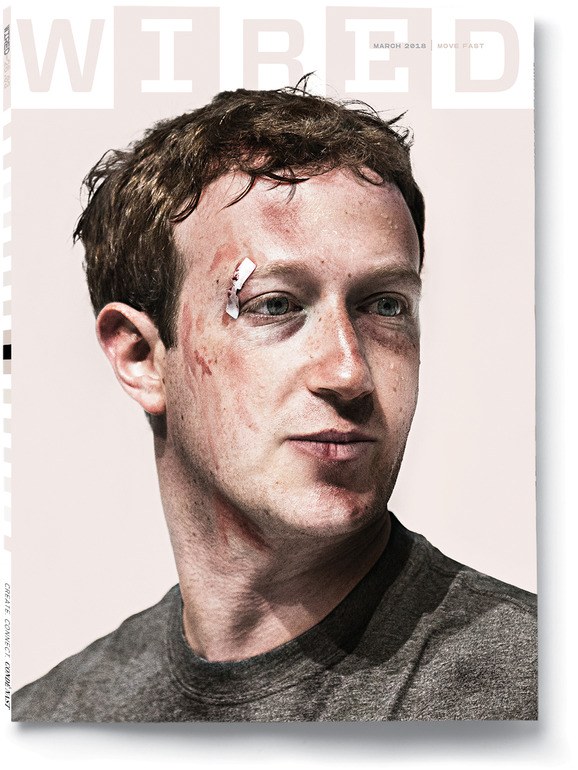 “The stories varied, but most people told the same basic tale: of a company, and a CEO, whose techno-optimism has been crushed as they’ve learned the myriad ways their platform can be used for ill. Of an election that shocked Facebook, even as its fallout put the company under siege. Of a series of external threats, defensive internal calculations, and false starts that delayed Facebook’s reckoning with its impact on global affairs and its users’ minds. And—in the tale’s final chapters—of the company’s earnest attempt to redeem itself.”

“Always a little further…”
On Sunday, January 24, 2016 British polar explorer, Henry Worsley died in hospital in Punta Arenas, Chile. He had been attempting to cross Antarctica on foot, unassisted and unsupported. He had traveled 913 miles since November 13, 2015 and was 30 miles short of his destination. 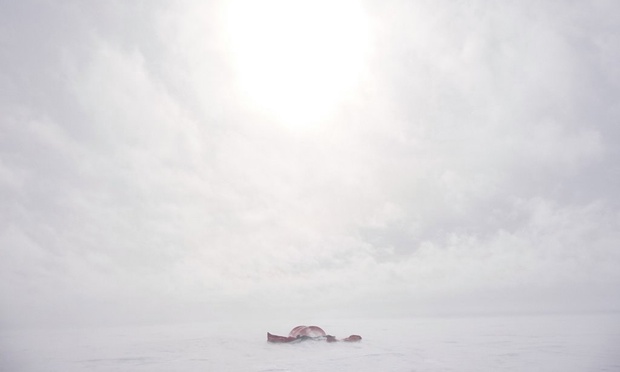 “When my hero, Ernest Shackleton, stood 97 miles from the South Pole on the morning of Jan. 9, 1909, he said he’d shot his bolt,” the British adventurer Henry Worsley said in the message. “Well, today, I have to inform you with some sadness that I, too, have shot my bolt.”

“My journey is at an end,” Mr. Worsley said. “I have run out of time, physical endurance and a simple sheer inability to slide one ski in front of the other to travel the distance required to reach my goal.”

Writing for The New Yorker, staff writer David Grann takes us on the journey behind the headlines into ‘The White Darkness’.

“Worsley was a retired British Army officer who had served in the Special Air Service, a renowned commando unit. He was also a sculptor, a fierce boxer, a photographer who meticulously documented his travels, a horticulturalist, a collector of rare books and maps and fossils, and an amateur historian who had become a leading authority on Shackleton. On the ice, though, he resembled a beast, hauling and sleeping, hauling and sleeping, as if he were keeping time to some primal rhythm.

Worsley’s journey captivated people around the world, including legions of schoolchildren who were following his progress. Each day, after trekking for several hours and burrowing into his tent, he relayed a short audio broadcast about his experiences. (He performed this bit of modern magic by calling, on his satellite phone, a friend in England, who recorded the dispatch and then posted it on Worsley’s Web site.) His voice, cool and unwavering, enthralled listeners.

By the middle of January, 2016, he had travelled more than eight hundred miles, and virtually every part of him was in agony…”