This week@work a NY Times Op-Ed contributor wonders if Mark Zuckerberg should have taken more humanities courses, Gen Z begins to enter the workplace, while millennials take sabbaticals, and NASA introduces the next crew for commercial human spaceflight.

In her first Op-Ed for The New York Times, tech journalist Kara Swisher applied her expertise to explore ‘The Education of Silicon Valley’.

“All these companies began with a gauzy credo to change the world. But they have done that in ways they did not imagine — by weaponizing pretty much everything that could be weaponized. They have mutated human communication, so that connecting people has too often become about pitting them against one another, and turbocharged that discord to an unprecedented and damaging volume.

What’s it like to be a member of the Facebook corporate family today? You signed up to follow the Pied Piper of Menlo Park into the new world of global connectivity and you find yourself in the midst of global propaganda wars.

“At a recent employee Q. and A. I did at YouTube, for example, one staffer told me that their jobs used to be about wrangling cat videos and now they had degenerated into a daily hell of ethics debates about the fate of humanity.”

All companies evolve over time. Founders adapt or abdicate. Mr. Zuckerberg has done neither.

“Mr. Zuckerberg stuck with this mix of extreme earnestness and willful naïveté for far too long.

Because what he never managed to grok then was that the company he created was destined to become a template for all of humanity, the digital reflection of masses of people across the globe. Including — and especially — the bad ones.

Was it because he was a computer major who left college early and did not attend enough humanities courses that might have alerted him to the uglier aspects of human nature? Maybe. Or was it because he has since been steeped in the relentless positivity of Silicon Valley, where it is verboten to imagine a bad outcome? Likely. Could it be that while the goal was to “connect people,” he never anticipated that the platform also had to be responsible for those people when they misbehaved? Oh, yes. And, finally, was it that the all-numbers-go-up-and-to-the-right mentality of Facebook blinded him to the shortcuts that get taken in the service of growth? Most definitely.”

Corporate impact on society is not benign. Leadership is about understanding impact and nimbly responding to lights blinking red. There’s a Harvard Business School case here with implications far beyond the impact on share owner revenue. And for those who work@Facebook, it may be time to evaluate the ‘values fit’.

The presence of technology companies on the list isn’t a surprise especially since three-quarters of recent college graduates report having majored in a STEM-related field. Generation Z is the first generation to shift the tide toward STEM-related fields of study and seem poised to close the STEM gap.” 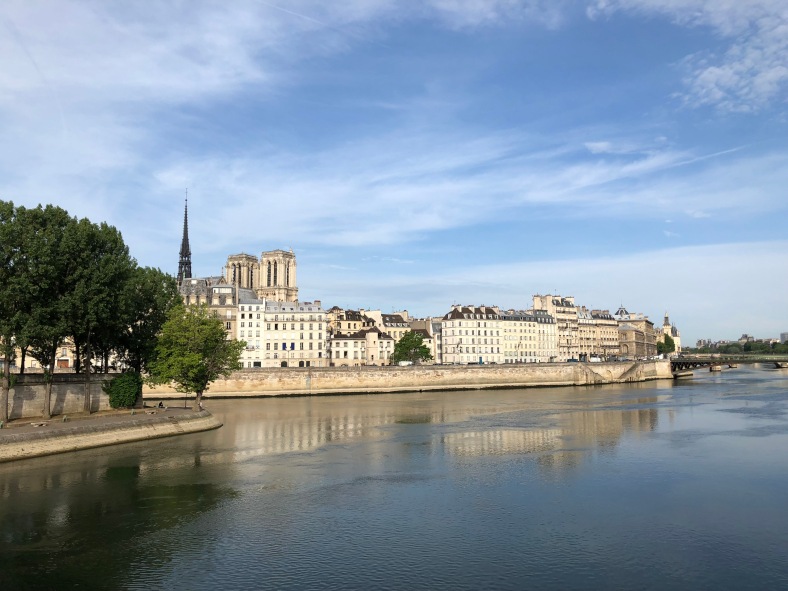 “Millions of Americans obsess over their careers and fret about saving, terrified they won’t have enough to ever retire. The advice not being offered by some experts may surprise these worried souls: Take months or years off from work, travel the world, and enjoy yourself.

There’s prudent logic behind a relaxing mid career break. With longer lives come longer careers and longer retirements – the first so that you can afford the second. But a 40-year career, ending at age 60 or 65, is a very different prospect from a 50-year career ending at 70 or 75.

Taking a break to travel isn’t a crazy move, especially for millennials, because it can help give workers the stamina for longer, more sustainable careers, says Jamie Hopkins, a professor and director of the retirement income program at the American College of Financial Services. The prospect of a future trip also give young workers an extra reason to save, live within their means, and pay down debt – an incentive that’s far stronger than the dream of retiring in several decades’ time.”

Where to travel on your mid-career sabbatical? Perhaps the galaxy and beyond…

This past week NASA introduced the next generation of astronauts, ‘NASA Assigns Crews to First Test Flights, Missions on Commercial Spacecraft’. (Which has got to be good news for those who go to work in space, where the commute today begins and ends in Kazakhstan.)

“Today, our country’s dreams of greater achievements in space are within our grasp,” said NASA Administrator Jim Bridenstine. “This accomplished group of American astronauts, flying on new spacecraft developed by our commercial partners Boeing and SpaceX, will launch a new era of human spaceflight. Today’s announcement advances our great American vision and strengthens the nation’s leadership in space.”

The agency assigned nine astronauts to crew the first test flight and mission of both Boeing’s CST-100 Starliner and SpaceX’s Crew Dragon. NASA has worked closely with the companies throughout design, development and testing to ensure the systems meet NASA’s safety and performance requirements.

“The men and women we assign to these first flights are at the forefront of this exciting new time for human spaceflight,” said Mark Geyer, director of NASA’s Johnson Space Center in Houston. “It will be thrilling to see our astronauts lift off from American soil, and we can’t wait to see them aboard the International Space Station.”

With this ‘week@work’, the workthoughts blog returns after a two month hiatus. Stay tuned for new categories and join the conversation on work & workplace.